Our patented Acu-Res® technology results in a small, easily-heated wind sensor which has great anti-icing performance. We wanted to generate some real performance data and so undertook an independent measurement campaign. We selected the TechnoCentre Éolien in Quebec, Canada as our independent partner. Operating as a not-for-profit organisation, the TechnoCentre helps companies to test and adapt technology to the hostile northern climate.

Two heated FT702LT wind sensors were installed on a met mast near Quebec Canada between January and May 2013. The site is regarded as a Cold Climate location. Over the test period nine significant heavy icing events were reported.

The TechnoCentre Éolien in Quebec monitored the performance continuously throughout the campaign and compared the results with unheated and heated mechanical cup anemometers and a conventional “time-of-flight” ultrasonic wind sensor. Over the five months testing period the FT wind sensors remained totally ice-free and achieved over 99.9998% data availability. The heated and unheated cup anemometers experienced icing rates of 3.4% and 13.8% respectively. The competitor ultrasonic wind sensor was destroyed by an ice impact after 30 days in operation. The TechnoCentre Éolien reported that both FT Technologies FT702LT sensors achieved >99.9998% data availability. 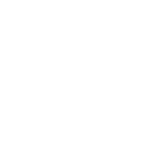